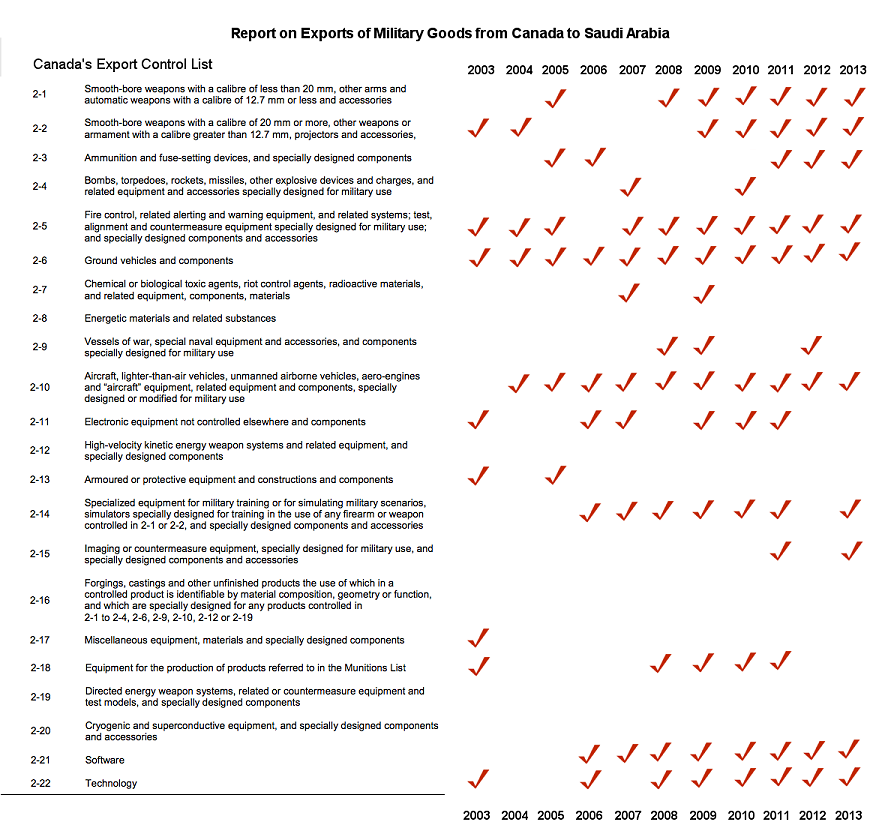 Appalled at both the size of the new military contract with Saudi Arabia and the Libs ham-fisted defence of it, Canadians have been pretty focussed on those weaponized LAVs.

Yet we have been supplying the Kingdom with Item 2-10 - aircraft, drones, and components "specially designed or modified for military use" - continuously since 2004 when a $900K start-up contract was followed up in 2005 with a $10M contract.

Was this longterm contract also enacted as "a matter of principle" or does it fall more into the "if we don't someone else will jobsjobsjobs" category?

Data collected from DFAIT, Global Affairs Canada, and their archives: