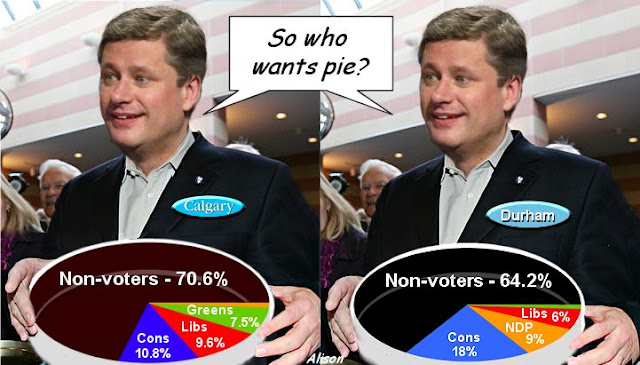 The left parties must get it together before the next election.

The left parties? You're fucking kidding me, right?

The new anti-terrorism bill S-7 came up for 2nd reading a month ago:
"persons to be detained for up to three days without charge, no right to know and challenge evidence against them, individuals compelled to testify in secret hearing. Judge may impose 12 months in prison if you don't cooperate.
You don't have to do anything wrong - just be suspected of knowing a guy who knows a guy who might be thinking about it.

Here's how the vote went on that bill Oct 23.

Look at the colours
What do you see?