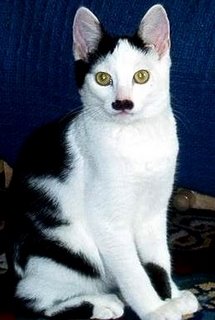 From The Star - Suddenly everybody's a Nazi :

"Public Safety Minister Stockwell Day said that comparing Hezbollah to the Nazis — as his caucus colleague Jason Kenney did this month — was a "straight historic analogy."
Thus, an Islamic denomination distinguished by its adherents' minority position on the acceptable principle of caliphic succession 1,400 years ago is equated with a 20th-century anti-communist totalitarian movement with its roots in European social Darwinism, pseudo-scientific race theories, and the long, ugly, and peculiarly Christian tradition of anti-Semitism.
As Mr. Day insisted, "The historic comparison is clear." "

In other Hitler news, the pope's chief exorcist has called Harry Potter the devil and compared a Potter character to Stalin and Hitler, saying they were possessed by the devil :

"You can tell by their behavior and their actions, from the horrors they committed and the atrocities that were committed on their orders. That's why we need to defend society from demons," said Amorth, who has performed 3000 exorcisms on behalf of a Sky Monster and is evidently completely lacking in any sense of irony.

I knew someone would eventually tie together Hitler cats, Stockwell Day and exorcisms. Well done.

Yeah, q, but was she chewing gum at the same time? Now that would be impessive.

havril, i checked with her partner and he reports that she was NOT chewing gum, but did manage to pat her head and rub her tummy at the same time.

and alison, CAWES would like you to remove that stick on moustache on your cats please.

ay yi yi yi yi....the cons are so fucking un-original. they've taken all the brown-shirt comparisons from their critic's and now use it themselves.

Very funny, guys.
It seems a little loose but there is a real theme here - hitlertude.
I'm rather alarmed that we all now get a recommended daily dose of references to Hitler and Nazis, as if we're supposed to think this is 1939 and we must accept the inevitability of a world war against evil as soon as goddamn possible.

That's hitlerocious! Doesn't the summoning up of hitler mean you lost the argument? Or maybe that's just on the internet.

Anyway alison, I enjoy your blog very much! So much that I tagged you:
http://unrepentantoldhippie.blogspot.com/2006/09/and-now-for-something-completely.html

Hey JJ, thanks. I'll bet you're also the one who left that honking great zucchini on my doorstep while I was out today. ;-)