Canadian citizenship - now cheaper than ever! 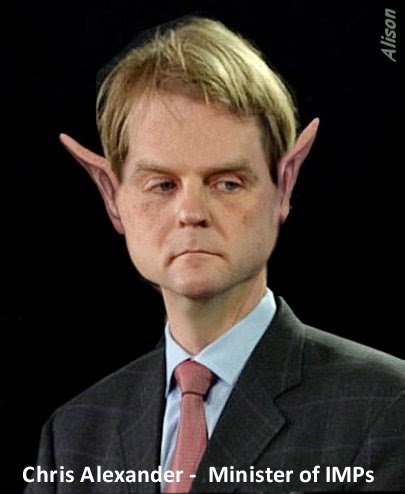 "We want Chinese investors in Canada and the door is open," ImpMin Chris Alexander told the South China Morning Post back in March. "We are making these changes for them."

CBC :
"The Canadian government will give permanent residency to approximately 50 millionaire immigrant investors and their families per year under a pilot program set to begin in the new year.


Under the Immigrant Investor Venture Capital pilot program announced Tuesday, each investor will be required to make a non-guaranteed investment of $2 million over 15 years and have a net worth of $10 million."

By comparison, New Zealand requires a C$9.15 million investment over three years while in October the Australian government raised the price of admission to $15 million for a 12 month track to permanent residency.

Under the previous cash for citizenship scheme dating back to Mulroney in 1986, wealthy immigrants with a minimum net worth of C$1.6-million only had to loan the government $800,000 interest-free for five years but the loan was guaranteed and returned to them at the end of five years.
It was intended to encourage wealthy foreigners to set up businesses in Canada but according to the South China Morning Post earlier this year, the majority were wealthy mainland Chinese who never did move to Canada and only 16 per cent of them wound up operating businesses in Canada.

A South China Morning Post investigation into Canada's immigration programme for millionaire investors has revealed the extraordinary extent to which it has become devoted to a single outcome: Helping rich mainland Chinese settle in Vancouver.

Since 2007, 80.8 per cent of Chinese applicants to the scheme have sought to live in British Columbia ... about six times the combined annual applications from all nationalities to the investor migrant programmes run by the US, Britain and Australia.

And it was a bust to boot . As Pete McMartin wrote in the Vancouver Sun in Feb :


Right. So back to the new rules. Having determined what we are, as the old joke goes, we are now just haggling over the price.

MinImp Chris Alexander gave a decent Q&A interview to the South China Morning Post on the new rules back in March. Excerpted  :


Alexander : “In return for permanent residence, in return for the opportunity to do business with status from Canada, we’re taking your money for a good long time to help create jobs, growth, opportunity in Canada and for global businesses, we hope, through venture capital-focused that will be managed in Canada, and privately managed, not managed by the government. ... And believe me, there are Hong Kong and Chinese students, entrepreneurs, investors who are part of those small ecosystems driving this forward."

Will there be regional options for the scheme?

Alexander : "No, these will be pooled funds initially, so they’re going to have to be managed by professional private-sector investment managers in financial centres where those people exist. And that is quite a few Canadian cities now. We’ll have a competition to select who the managers will be, but I don’t think we’ll be directing the investment beyond that."

"We are pursuing a strong partnership with Hong Kong and with mainland China in all fields. Our economic relationship is already approaching CA$75 billion million.  We want, as of January 1 2015, to process economic immigrants in six months."

Earlier this month, the Harper government quietly signed a customs-sharing agreement with China without announcing it to the public.

China Daily, yesterday, via the WSJ :


"Canada and China have agreed to a set of measures to support the increased use of the renminbi in trade, commerce and investment.
A reciprocal currency swap will allow a maximum amount of 200 billion yuan ($32.3 billion) and C$30 billion($26 billion).
Domenico Lombardi, an expert on the global economy from Canada's think tank Centre for International Governance Innovation, recently said, "We should prepare to see the renminbi be much more widely used, to become an international currency".

And the very first comment is some completely racist bullshit.

So for the first time in Creekside history, comment moderation starts as of now.

yippie
another happy ending for the rich people

What is wrong with this picture Alison you can buy Canadian citizenship? I thought you had to earn it? But under the Red Chinese Harper Government alliance anything goes.

And I'm very sorry for your comment above. People have no manners anymore? It is wonderful to have a discussion and you can disagree, fair, but racist comments belong in the gutter. My parents had been around the world and racism in any form was not tolerated at home as a child growing up. Thank goodness for that.

In my twenties when I was on my own I traveled the world as well and was humbled at experiencing different cultures and peoples. Came home with a new philosophy 'keep it simple' as I saw how so-called "third world" countries survived. The difference was they can't get credit like us so they live within their means, brilliant I concluded. And family was of utmost importance...

Economies in Asia are so vibrant and full-of-opportunity compared to the Canadian economy...why would anyone want to invest here anyway?

My suspicion is that ethnic Chinese newcomers won't invest here at all.

Canada is one of the most overregulated, overtaxed, back-to-the-1970s jurisdictions I've ever seen. The Chinese know that: they don't want to invest here but are in search of that Chinese Holy Grail of 'security' for their families.

They already have plenty of money and you can safely bet they won' waste much of that investing in high-cost and inefficient Canada.

They'll buy a house, plonk the wife and kids down here as an escape bolt-hole in case of trouble. There is also the usual (unfounded) belief that Canada's public school system is somehow better than even good private schools in SE Asian countries.

I can't see how letting in more such immigrants can mean anything much at all. Open the borders!

Sorry 'bout having to resort to Comment moderation. As Rodney King asked: "Why can't we all just get along?

So, the Harper government is trying to persuade the transnational superelite to settle in Canada? These are people whose economic means put them beyond the trappings of nationalities and loyalties of that nature. People with that much money to invest don't particularly need permanent residencies. Fools errand.

Also, somewhere in the US defence and intelligence establishment, someone just amended a file.

If there has to be a first time for something you'd hoped you'd never have to do, Alison, chopping out racism is about the best reason imaginable. Thank you.