War is a racket 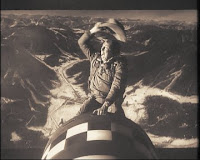 NYTimes : "The U.S. Department of Defense has agreed so far this fiscal year to sell or transfer more than $32 billion in weapons and other military equipment to foreign governments, compared with $12 billion in 2005.
The trend, which started in 2006, is most pronounced in the Middle East, but it reaches into northern Africa, Asia, Latin America, Europe and even Canada.
"This is not about being gunrunners,” said Bruce S. Lemkin, the Air Force deputy under secretary who is helping to coordinate many of the biggest sales. “This is about building a more secure world."
Deliveries on orders now being placed will continue for several years, perhaps as one of President Bush’s most lasting legacies.
In that booming market, American military contractors are working closely with the Pentagon, which acts as a broker and procures arms for foreign customers through its Foreign Military Sales program.
About 60 countries get annual military aid from the United States, $4.5 billion a year, to help them buy American weapons. Israel and Egypt receive more than 80 percent of that aid.
Mr. Lemkin, of the Pentagon, said that with so many nations now willing to sell advanced weapons systems, the United States could not afford to be too restrictive in its own sales.
"Would you rather they bought the weapons and aircraft from other countries?” he said. “Because they will."
U.S. and presumably also Canadian Armed Forces will be facing those "tanks, helicopters, fighter jets, missiles, remotely piloted aircraft, and even warships" on Steve's "world stage" for decades to come. Bastards.
War is a racket.
War is just a racket.
Posted by Alison at 11:47 pm
Email ThisBlogThis!Share to TwitterShare to FacebookShare to Pinterest
Labels: arms dealers, war on terra

Meanwhile, an actual Canadian "peace keeper" was killed today in Mali. It was just a wee news brief in today's paper. He was attached to the Canadian Embassy in Mali and training local peace keepers.

Seems that peace keepers are Canada's New Government's new cultural attaches. No honour guard for Major Luc Racine because his death was a non-combat incident.

Yup, war is a racket and I guess it comes down to who has the balls to keep killing other human beings in the name of profit.