National Monument to Victims of ... 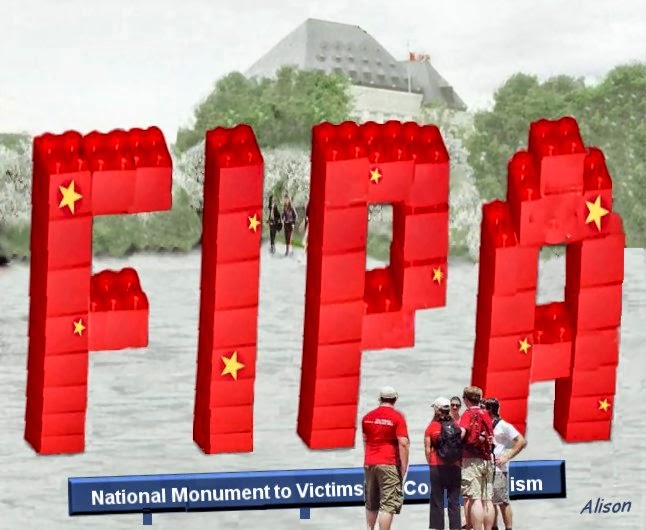 Sept 23, 2015 : Reactions were mixed today as the long awaited National Victims Monument was unveiled on Parliament Hill, but the winning designer couldn't be more pleased with the final result.
"I was playing with my infant son when the inspiration for the design just came to me", he told assembled reporters.

After cutting the ribbon and posing for photos, Prime Minister Stephen Harper launched a blistering Cold War style attack on the evils of communism saying its “poisonous ideology and ruthless practices slowly bled into countries around the world. ... That's why we need this monument."

"Hey, if the Communists had not fought so hard and taken such heavy losses there is a good chance we would have lost the second world war," shouted one aged veteran as he was dragged away by security personnel.

The bright red monument can be disassembled for cleaning and features a special plastic finish designed to facilitate the easy removal of graffiti.
.
Posted by Alison at 9:01 am
Email ThisBlogThis!Share to TwitterShare to FacebookShare to Pinterest
Labels: FIPA

National Monument to Victims of ... Conservatism? Corporatism? Colonialism?
Can't quite make out the sign ...