Thing is - Paul Calandra is right 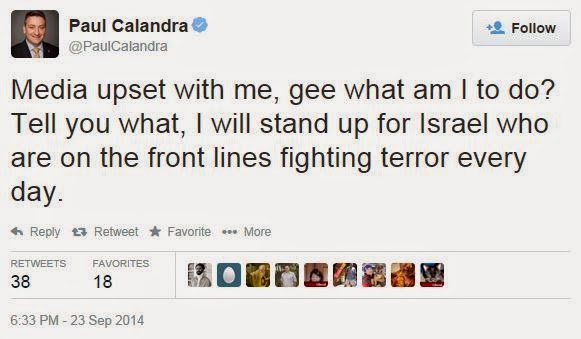 Harper's Parliamentary Secretary Paul Calandra is pleased to use Israel as a shield to avoid answering Mulcair's questions in the House of Commons about Canadian troop deployment in Iraq and we are all rightly appalled at both him and Andrew Scheer.

Questions about the current Canadian mission in Iraq *are* always about "Israel", the Cons' preferred collective term for the various neocon government officials that they like there.

In 1996, Richard Perle and Douglas Feith, who went on to attain key positions in the George W. Bush administration, were working in an Israeli thinktank for Benjamin Netanyahu on Clean Break : A New Strategy for Securing the Realm. It recommended reshaping the Middle East through the overthrow of Saddam Hussein in Iraq and "the containment of Syria by engaging in proxy warfare". Chaos and destabilization of the whole region, according to their "skittles theory", is the entire point.

How's that working out so far? When will our Con neocons outgrow their slavering support for a two decades old strategy written in Israel and all the horror of endless reprisals and sectarian warfare it has wreaked on the world since?

Here, on Sept 12 2002 prior to the US invasion of Iraq and the Second Intifitada, Harper's BFF Netanyahu testifies to the US House of Representatives that Saddam Hussein is working on weapons of mass destruction and atomic bombs and urges them to invade Iraq to protect the USA. Nine year *cakewalk* ensues.

Calandra is right that the Con answer to questions about Canadian troop deployment to Iraq is to "stand up for Israel" - although in all likelihood, reading off his little paper from the PMO, he doesn't know why.

Evan Solomon : "Do you think it’s your responsibility when you’re answering questions on behalf of the Prime Minister to at least make an attempt to answer on the topic you’re asked, as opposed to completely changing the topic?" 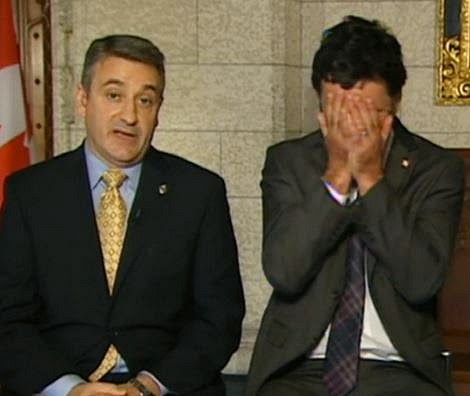 Meanwhile, Harper chose to announce a US request for further Canadian military involvement in Iraq from New York in an interview with the editor-in-chief of the Wall Street Journal before a live audience at Goldman Sachs.
.
Friday update : Calandra gives weepy apology to the House and takes full responsibility.


"But sources tell CBC News that Calandra was handed material by Alykhan Velshi, director of issues management in the PMO, during the Conservatives' daily preparation for question period and was told to use it in his answer no matter what question was asked in the House."

So if CBC's sources are correct, first they ordered him to do it; then they made him take the fall for it and lie about it. 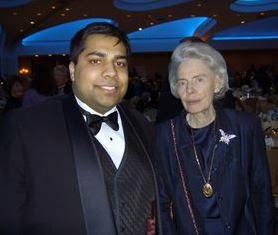 In 2005 Alykhan was an intern at AEI, home to some of the scholars behind the Clean Break strategy for Netanyahu.

At the time they wrote it in 1997, Velshi literally was in "short pants" but he has since written articles advocating their position re support for Israel and pre-emptive war on Iraq.

If its all about Israel, then perhaps we ought to wait for Israel to come out and ask for help because to date I haven't seen anything that would lead me to conclude they are in trouble. The Israeli military is a very serious group and able to fight more than a few wars. There is no need for Canada to be involved.

Canada doesn't need to be dragged into any war so stevie can have a bff. We still are dealing with the ramifications of the last war, or hasn't anyone noticed the Vets and the lack of support for their needs.

Note to anyone thinking of joining the Canadian military: beware, may find yourself in unnecessary war, being used as cannon fodder for the benefit of stevie and his friends. Oh and there won't be much of a benefit package for you when you get hurt. stevie, he's going to be o.k. with that nice big fat pension and job private industry is going to give him.

I'm really curious what kind of job he's going to land himself once he leaves office.

Mulroney joined Barrick's soon after signing NAFTA, maybe our dear leader will find himself a job with a Chinese SOE advisory position?

Pogge passed away in July, and skdadl on Sept 19.

Yes. The fierce and funny Skdadl.

Trenchant Pogge with his powwrful love of justice.

Never met either one IRL yet mentors both.