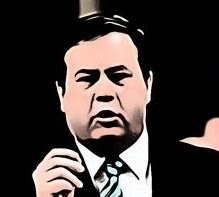 The Conservative Party of Canada faces a “high probability” of a jihadist attack from homegrown terrorists, Defence Minister Jason Kenney warned Thursday as he defended toughened security laws and hinted that Ottawa will extend its military mission in Iraq into the inevitable quagmire of jihadist reprisals.
"The threat of terrorism has never been greater."
In his first major address since taking over the defence portfolio several weeks ago, Kenney explained the growing danger of terror :
"We've got the Del Mastro election fraud trial, the Duffy trial, the Jason MacDonald trial, and the insecurity of an election is only months away."
“There is a high probability of future jihadist attacks from within,” Kenney said, citing attacks in Paris and Copenhagen. "And let's not forget that two Canadians have been killed in terrorist attacks on Canadian soil in the last 12½ years since 9/11."
Kenney spoke as Parliament begins debate on Bill C-51, sweeping new anti-terror legislation that contains measures that would for the first time allow the Canadian Security Intelligence Service to secretly do pretty much anything it liked. Kenney said concerns about the bill are “much exaggerated.”
“We are taking all of these steps while respecting the rights of Canadians,” Kenney said as his party closed down parliamentary debate on the controversial bill after only two hours.
He said the new powers are “necessary” to meet the evolving terror threat.
"It could come from anywhere - muzzled scientists, enviros, FNs, birdwatchers, other parties - you name it."
“This is a threat that is going to keep mutating. We can’t have a permanent policy setting. We have to be flexible,” he said.  "We were going to run on having transformed the Canadian economy into a 1950s-style strong stable single resource extraction state but that hasn't exactly panned out for us so now we're going with this terror terror terror thing."

Recent polls have shown 25% of Canadians believe jihadist terrorism is the number one problem facing Canadians today.
"We'd like to scare that number up a little higher," said Kenney. "With only 60% of Canadians voting and 40% of that 60% voting for us, we could win the next election on terrorism alone."
Kenney advised all Canadians to be on alert in the upcoming months. "Duck and cover", he quipped, "it's the CPC way."


"More than four in five Canadians – 82 per cent – back the new legislation to expand the powers of intelligence agencies and police, according to the survey of 1,509 Canadians conducted by the Angus Reid Institute. Far from seeing it as too sweeping, they tend to want more: 36 per cent say it does not go far enough."

... however : Global : Despite popularity, majority of Canadians haven’t seen or read stories on terror bill: poll


"An Angus Reid poll released Thursday suggested C-51, which Prime Minister Stephen Harper introduced Jan. 30, is popular — but more than half the respondents, 56 per cent, had neither consumed a news story nor had a discussion about the bill.

A vast majority of Canadians surveyed online —82 per cent —indicated support for the bill currently before the House of Commons.

How familiar are you with the proposed legislation?” the poll asked.

A new milestone in polling idiocy.

Update : Well, crap, two hours after I posted this the Star has completely rewritten the article under a new headline although the link URL is the same.

Hey don't knock it - it worked for Bush.

What a bunch of BS from this ninny. Idiots the whole bunch of them. Terrorist attacks??? NOT
They were two different guys that just got pissed off. The Cons whole idea is to keep the people of Canada in Fear. Will be so busy being afraid, we will forget what the Cons. are doing to our freedoms and the our Country. IMHO

Well I guess that explains why the Liberals voted for it.

How many of that 82% have any understanding of the bill?

We're too stupid to deserve democracy.

But....According to the same poll

It’s across the board,” said Shachi Kurl, senior vice-president with the Angus Reid Institute. “Whenever you’ve got four out of five Canadians agreeing on anything, that’s significant.”

There is one note of caution for the Conservative government as it presses ahead: a large majority, 69 per cent, believe there should be additional oversight so police agencies “do not go overboard with these new powers.”

That’s a concern echoed by intelligence and national-security experts, but the Conservatives insist it is not necessary, and that existing safeguards, plus requirements for judges to issue warrants for some of the new powers, are enough."

Harper is refusing any amendments or increased oversight, that puts Harper offside with 70% of those poll respondents..Today in parliament Harper cons closed off debate after 4 speakers...

Kenney's government seems to be doing it's utmost to help bankroll the terrorists via their trade deals. Harper & Baird engineered $15B in arms sales to Saudi Arabia, a country that helped ISIS take over northern Iraq.
http://www.independent.co.uk/voices/comment/iraq-crisis-how-saudi-arabia-helped-isis-take-over-the-north-of-the-country-9602312.html