NationBuilder - And you thought CIMS was scary 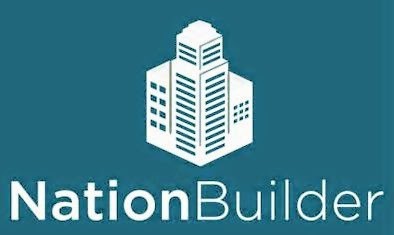 Ten years ago the Cons bought CIMS, their Constituent Information Management System, and began stuffing it with our phone numbers and adding smiley/frowny faces beside our names and whatever other info they could glean about us. The other parties had their own lesser versions. Most of us first took notice of CIMS when we learned it had been used to perpetrate election fiddling in the last election.

Now all the parties, although perhaps not all the members, use the newer and snazzier US import NationBuilder instead. Touted as more peer-to-peer grassroots organizing than traditional top-down voter ID programs, NationBuilder "builds social-media matching into voter files so that simply knowing an email address will let the software connect a voter’s picture, bio, Twitter, Facebook, and LinkedIn."

Perhaps we should have paid more attention to its actual name.

Here Mike Moschella, a VP at the US company, explains the five keys for its success :


In March 2014, Moschella spoke at the Manning Centre. Here's a story he told [37 minute mark of podcast - transcribed]:

"For the last five years before coming to NationBuilder I worked in foreign policy in National Security so I worked with efforts around the world...You do a whole lot of work on that global police thing ... So I did a lot of work on re-imagining what an American foreign policy - a really pro-democratic, pro-democracy platform - would look like in a changing world because all these things with social media started to, despite people not wanting them, seep into what other countries were doing.  ...

In Venezuela we ran an opposition race for a guy named Capriles against Hugo Chavez's hand-picked dictator, and they took 8-million twitter records, targeted 2-million of those people, directly talked to them on twitter with their friends -people, one friend connected to another person - and asked them to consider the pro-democracy candidate and 500,000 of those people got involved in that campaign. They probably won but the dictatorship called it 49%. But now there's a real opposition movement that's fighting for freedom in a major country called Venezuela.

In Malaysia for the first time ever, people used geo-targeting from social media to figure out where supporters of an opposition movement were and hold rallies in those slums to ask people to fight for their freedom and they created actually the first field campaign ever using a thing called NationBuilder."

It's a very interesting lecture from a believer in "social media as the personal touch of community on a grand scale" because as he insisted : "people do what their friends do".

I can't do it justice because it reminded me of Amway and the first year people sell insurance : You sell it to your friends and it only works if they in turn sell it to their friends and the product is always you. So listen to it for yourself.

After his presentation, he took questions from the floor.
Con MP Stella Ambler wanted to know how she could find out how many of her 1389 Facebook followers were actually in her small suburban riding - "Is there a way to do that?" - while noting that "our privacy laws are different in this country".


"So here's the thing about Facebook. Any time anyone takes an action, FB has three types of actions - you can share something, you can comment on something, or you can like something. And actually the terms of service of FB dictates that when you take an action on FB, that's actually a public thing. Cool, huh?

What that allows us to do is connect those actions into your NationBuilder database. So if your FB page is connected to your site which is connected to your backend database, then we can show you how to do this - it's like a two, three minute process to get going - literally all you need is a password. Then anytime somebody shares, comments, or likes a post, it will either a)create a profile for that person in your NationBuilder database so now you own that relationship, or b) find their existing profile if they're already in there and record that they have taken that action.

When you know all the actions that people take, then you can do the next thing which is really key to your engagement which is actually quantifying that engagement. So what you would do in your campaign, is say, sharing something on FB is worth one point, commenting is worth two points, making a donation is worth 10 points. And when you have all this together, then you'll actually see that Edward is worth 20 points and Mike is worth 50 points. So then you can sort how valuable people are in your community and really smartly target them."


"So .. texting. How do you ... you don't have their cell phone numbers. Their addresses aren't on there on their FB profiles. Sorry to get into the weeds like this..."


Answer from either Moschella or Mike Martens, director of the Manning Centre’s School of Practical Politics - I couldn't tell :


"You create a data capture system that grabs their cell phones. It's not that hard to do. You have to get organizing to get more data and it's like a cycle - it's like a snowball effect - you have to start somewhere but if you do data capture well, you'll be able to get their cellphone. Mike is going to shut me up."

"Stella, you're a member of Parliament? So you use CIMS. CIMS has all the phone numbers. So the question is whether or not CIMS and NationBuilder can integrate and once the Party starts working with the Manning Centre, and we're working with them to do that, Manning Centre is working with NationBuilder to do training and we can start training on how CIMS and NationBuilder work in a legal way regarding the privacy thing. So somebody needs to figure that out. There are legal ways - I know some of them - but we're getting into some really fine- some of these things were answered in the morning. My point is not that we can't talk about them here except-"

Ambler :  "No, I'm just so pleased to know somebody is having that conversation."

"We're thinking about this, we're working on it. NationBuilder has some reallly neat - one thing that NationBuilder is really exciting is its text capability based on being in an event like this, telling everybody text me. Well as soon as they do that, guess what - you've got their cell phone number. So then you've got to think of creative events where then that kind of conversation can occur and that's a different kind of campaign than emailing.

I guess my point is, Stella, that we are thinking that NationBuilder has solutions. We just need to figure out how the NationBuilder and CIMS systems, which currently the CIMS system is kind of closed, but you can export data out of CIMS, load it into NationBuilder, interact with people, and then load that data back into CIMS. So that's just very superficially how these things can work but there's probably even more open ways - things called APIs that interact two systems in a live manner that might be discovered but we'll have to work with NationBuilder to figure it out."

h/t to Port Moody/Coquitlam Election 2015, who wrote a post on Newclear's young Con contenders that I riffed on on Tuesday, and then he added a look at the NewClear/NationBuilder nexus to his post which has set me off again...
.
Posted by Alison at 6:25 am
Email ThisBlogThis!Share to TwitterShare to FacebookShare to Pinterest
Labels: big data, Chavez, CIMS, election fraud, Facebook, Manning Centre for Building Democracy, National Security, NationBuilder, privacy, social media, Stella Ambler, twitter, Venezuela

Creepy indeed, with Steyn as the cherry-picker on top of the heap of creep.

I can just picture their audience of old angry Rexes and young clones of Anders and Kenney.

I would be interested to see how the nationbuilder software works as it appears to be an improvement over CIMS.

Also, how does the two manitoba MPs working on a GOTV program fit into all of this?

Is NationBuilder the "superweapon" Matt Meier of RMG referred to in the last election?

Did Mr Moschela resign from National Services before joining NationBuilder? Was NationBuilder used against Chavez, whether before or after Moschella signed on?

"you can export data out of CIMS, load it into NationBuilder, interact with people, and then load that data back into CIMS"
Privacy commissioner know about this?

Anon@3:05 : ProxiVote!
I'd forgotten all about Con MPs Rod Bruinooge and Rob Clarke's mobile app enterprise "for right-leaning politicians only". It's an addition to CIMS, not a replacement. Notable that under the Fair Elections Act, use of smartphones at polling stations is no longer banned.
There are a number of other NationBuilder competitors being used in Canada but they probably get to give sign-up classes at the Manning Centre.

Anon@5:11 : I couldn't find really solid answers to any of your questions. I'll admit though that a National Services dude who went from mucking about in Venezuela's elections to working at the Manning Centre to implement NationBuilder in Canada was the reason behind writing this post.

That should be - probably don't get to give sign-up classes at MC, where there were 3 separate NB events/booths last year.

I don't really understand the point behind this post. Is the issue with Nationbuilder? CIMS/Liberalist/NDP Vote? Facebook? Or do you just take issue with parties expanding on the information they gather on constituents?

Perhaps the issue isn't so much about what information is gathered about you but what information you're putting out. If you tweet someone, they, by rights, will know your twitter handle. Send them a text, they have your cellphone number. Like their page on Facebook, and they'll know you're name (assuming you don't use an alias).

Is the expectation that they ignore the very things that identify their target demographic?

Anon@6:57 : I could answer your questions much more to your liking if only I knew your name, phone number, address, age, gender, race, religion, marital status, income, number of children, medical history, voting history, hobbies, type of vehicle, renter or owner, favorite news sites, books, movies, foods, places to shop, and who all your friends are. Please advise. ;-)

While your sarcasm is duly noted, it doesn't really answered the question I asked.

I get the impression that you think this is some apparent violation of privacy and I would argue that there is no privacy to be had. You are putting information about yourself on the Internet. If you don't want someone to know your name, phone number, address, age, gender, race, religion, marital status, income, number of children, medical history, voting history, hobbies, type of vehicle, renter or owner, favorite news sites, books, movies, foods, places to shop, and who all your friends are....don't put that information out there.

It might do you well to read the disclaimers on the very social media sites from where this information is being collected.

Aside from the privacy issues and Nation Builder's creepy right-wing connections, the major problem as I see it is that Nation Builder is a proprietary platform with all of the problems that entails i.e. vendor lock-in etc.

Nation Builder aims to be the "Microsoft" of political campaigning and has unfortunately been quite successful so far.

If I happen to be the NSA or any of a number of three and four letter agencies, all I have to do is to build a back door into Nation Builder and I have access to the political campaigns of just about every major political party in the English speaking world...not to forget all of the unions and advocacy organizations that are also using it.

In a post Snowden world, that's downright dangerous as I see it. One needs to have someone who isn't the software vendor to be regularly auditing the software source code. In the end that's the only way to maintain any kind of security or privacy.