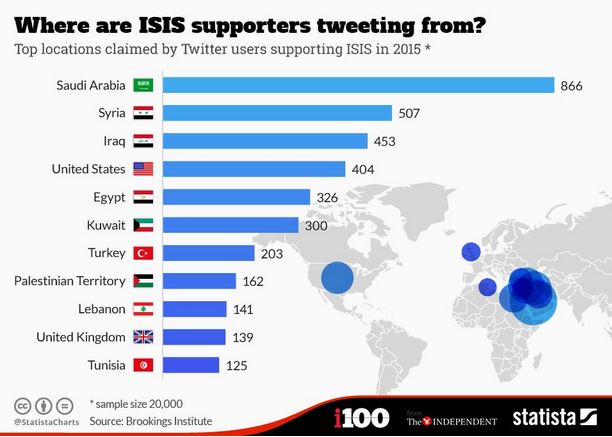 There ya go, Rob. You're welcome.
.
Posted by Alison at 12:51 am 6 comments:
Email ThisBlogThis!Share to TwitterShare to FacebookShare to Pinterest
Labels: Con fuckwittery, Election 2015, Foreign Affairs, Nicholson, terrorism, war on terra

When Glen McGregor reported on the meeting yesterday, PMO spokesey Stephen Lecce came out of his little spokesbox and said "These are not the droids you are looking for," and went back inside again.

Harper and Walker have so much in common to talk about -  union-busting and voter suppression legislation, campaigning on transparency and creating jobs and being completely crap at both, support for tough-on-crime legislation, opposition to gun registration and minimum wage increases and clean energy jobs policies, budget crises due to corporate tax cuts, unfortunate appointments of people who become felons in office ... and the Koch-affiliated American Majority creating a "national farm team of conservative leaders" and "training them in guerilla internet tactics."

Wait. What? American Majority political training group is in Canada?

Why yes it is. On July 4 the Manning Centre for Building Democracy and American Majority sponsored a social media webinar from guns and jesus gal Aubrey Blankenship, communications director of American Majority, to "help you become a better voice for conservatism online."


I don't know what Aubrey's training session on how "to become a better Conservative online" entailed so instead here is one from American Majority's Austin James teaching Tea Party members to spam Amazon profiles of liberal books with negative comments and bad reviews.

You can still catch another American Majority webinar at the Manning Centre on Aug 10 when Political Communications Expert Jess Nicholson will teach "Crafting Your Message—The art of getting to the heart".

Well, because as of 2015, American Majority's Wisconsin chapter had trained 128 successful candidates for state or local office for Governor Scott Walker.
128.  In just one state. 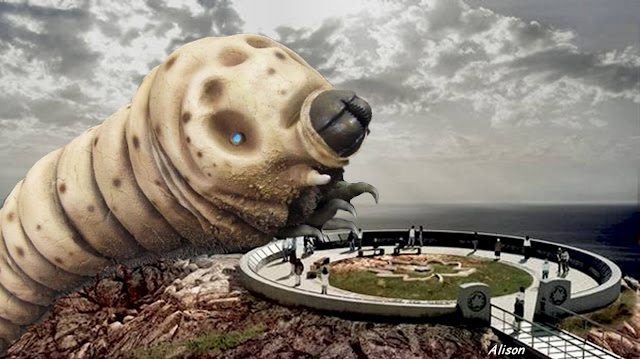 Come on, guys. What's your problem? Ecological vandalism? That the monument will ruin "a pristine geological site of peaceful scenic beauty"?

They did an 86 page Detailed Impact Analysis. Ok sure, so it was done by the engineering firm Stantec, who are one of the corporate sponsors listed on the NFNM "Partners and Supporters" page but it's not like they're putting up the world's largest ball of tinfoil or twine on the site.

Here's a nice letter from Chief of Defence Staff General Tom Lawson to project founder Tony Trigiani pledging the help of the Canadian Armed Forces.  I didn't know CAF did that.

And just look at the list of Honorary Patrons : JustMin/AG Peter MacKay, Tom D'Aquino, Mila Mulroney, Frank McKenna, Jean Charest, some corps, plus CBC stars Rex Murphy and Peter Mansbridge. Oh wait, Mansbridge was on there last week when I looked but now he isn't, and Rex Murphy is listed as a "Freelance Journalist".

A privately directed enterprise since described by Peter MacKay as a "private-public partnership", the site will feature the names of "Major Gift donors" but not those of the war dead.

"The Never Forgotten National Memorial Foundation has developed recognition opportunities for Major Gift donors at varying levels, for both Canadian and International donors.

As a living, breathing and fully interactive memorial, the Never Forgotten National Memorial will offer ongoing marketing opportunities for individuals and corporate partners."

A fitting motto for a war memorial because war has always done exactly that.

Bumped up from comments : Brian Busby quotes :" Naming rights located throughout the Founders Hall and other special areas of the Interpretive Centre will also recognize the contributions of project partners and other major donors."
and then responds : A shame the Ross Rifle Co. is no longer around.