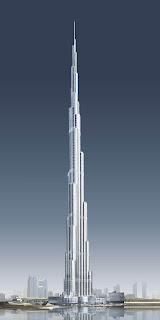 Many vile and stupid editorials have been written about Venezuelan president Hugo Chávez following his death on March 5 from cancer, but none of them are quite as honest as this one from business writers at Associated Press :


"Chavez invested Venezuela's oil wealth into social programs including state-run food markets, cash benefits for poor families, free health clinics and education programs. But those gains were meager compared with the spectacular construction projects that oil riches spurred in glittering Middle Eastern cities, including the world's tallest building in Dubai and plans for branches of the Louvre and Guggenheim museums in Abu Dhabi."

... duly reposted at the Calgary Herald, and also the Edmonton Journal who deleted the ridiculous paragraph above while I was writing this post.


h/t to FAIR, who fixes AP's original headline for them : Chavez Wasted His Money on Healthcare When He Could Have Built Gigantic Skyscrapers

Harper : "At this key juncture, I hope the people of Venezuela can now build for themselves a better, brighter future based on the principles of freedom, democracy, the rule of law and respect for human rights."

Former U.S. president Jimmy Carter, 2012 :  "As a matter of fact, of the 92 elections that we've monitored, I would say that the election process in Venezuela is the best in the world.".

Silly Venezuelans - they shoulda voted for a "better, brighter future" based on neo-liberal skyscrapers instead of $500 billion in social programs.

The National's reporter in Caracas last night found a mourner who was well aware of Harpo's nasty comment. He angrily spoke of how insulting it was to many Venezuelans. He said "We're not dogs or donkeys, we're people, with our own minds." Paraphrasing of course.

What a glaring display of the infantile reasoning of neo-liberals.

The American Enterprise Institute blog has already published 'A post-Chavez checklist for US policymakers' on making use of private sector 'friends in the region' to 'rebuild' Venezuela more to the liking of neo-liberalism.

Barry and Stevo and their corporate media and think tank buddies are like sharks circling a sinking ship, except for the fact that ship is upright and steady. The same cast of supporting characters thought much the same when Fidel stepped down.

Anyway, from the excellent Venezuela Analysis:

...Even former U.S. president Jimmy Carter highlighted the “gains made for the poor and vulnerable” under Chávez. Carter emphasized Chávez’s work towards “autonomy and independence for Latin America,” and pointed out that despite some differences between them, he, “never doubted Hugo Chávez’s commitment to improving the lives of millions of his countrymen,” later citing achievements of his government that are generally underreported in mainstream U.S. media:

“During his 14-year tenure, Chávez joined other leaders in Latin America and the Caribbean to create new forms of integration. Venezuelan poverty rates were cut in half, and millions received identification documents for the first time, allowing them to participate more effectively in their country’s economic and political life.”

But in stark contrast to the heartfelt condolences and tributes from Central and South America, responses from President Barack Obama and Canadian Prime Minister Stephen Harper came off as contemptful of Chávez, certainly consistent with past attitudes of both governments towards Venezuela and South America’s growing independence...

...But these statements from the hemispheric north do not represent the general regional attitude towards Chávez’s death. The heartfelt acknowledgement of Hugo Chávez’s regional integration agenda and leadership qualities expressed by the overwhelming majority of the leaders in the Americas, and not only by its left-leaning leaders, make clear the impact that Chávez has had on the region. Yesterday, Latin America voiced a clear affirmation that, even in the absence of Chávez, it would continue to work together to forge ahead with the ideals of Latin American unity and independence that have already become a reality.

This excerpt also from it:

Unsurprisingly, Obama differed in tone from his peers to the south, offering no condolences and focusing instead on ushering in a “new chapter in [Venezuelan] history” and pushing the hackneyed talking point that “the United States remains committed to policies that promote the democratic principles, the rule of law, and respect for human rights” as if there were a significant deficit of any of these things in Venezuela. (Emphasis mine.) It is conspicuous that unlike other world leaders, Obama did not express condolences. This will almost certainly not go unnoticed in Venezuela or Latin America, more widely.

That significant deficit comment should not go unnoticed in Latin America. It reveals the US disdain for any government that dares to not tow the line as defined by the US corporate powers . . . .

Bob : Chavez obviously loved his country and was loved in return; Steve - not so much.

MM : Yeah, read that. Also the mourners' signs : "Chavez lives on!" and "We are all Chavez now"

Frank : Meanwhile, back here at home in our own petroprovince yesterday:
Alberta borrowing $4.3B to make up budget shortfall

Anon : You'll forgive me if I do not link to AEI who are already well enough represented today at the Manning Centre conference. What was most interesting about your link though was the complete shit-kicking that AEI post got in its comments section.

Thanks for that great link, BY
Adding it.

Bob :
Obama's message : "At this challenging time of President Hugo Chavez’s passing, the United States reaffirms its support for the Venezuelan people and its interest in developing a constructive relationship with the Venezuelan government. As Venezuela begins a new chapter in its history, the United States remains committed to policies that promote democratic principles, the rule of law, and respect for human rights."

stevie's statement reflects the good little foot soldier he is, as usual . . . .