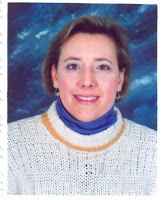 Three days ago Mint Press News out of Minneapolis published a story written by MidEast AP reporter Dale Gavlak based on eyewitness accounts from relatives of Syrian rebels killed in the Aug. 21 chemical 'attack'. They contend that what actually occurred was an accident caused by the rebels mishandling their Saudi-supplied chemical weapons cargo :

“We were very curious about these arms. And unfortunately, some of the fighters handled the weapons improperly and set off the explosions.”

That it could have been the rebels who set off the chem *attacks* is not without precedent. The Independent, May 6, 2013 :

UN's Carla Del Ponte says there is evidence rebels may have used sarin in Syria.

A United Nations inquiry into human rights abuses in Syria has found evidence that rebel forces may have used chemical weapons, its lead investigator has revealed.

Carla Del Ponte, a member of the UN Independent Commission of Inquiry on Syria, said that testimony gathered from casualties and medical staff indicated that the nerve agent sarin was used by rebel fighters.“This was used on the part of the opposition, the rebels, not by the government authorities,” she added.

The White House immediately issued a statement that if chem weapons were used in Syria the Assad regime was responsible. Both sides have accused the other of the use of such weapons since the US-backed civil war began two years ago.

Obviously I can't assess the credibility of Gavlak's report but I'm posting a link to it because Canadian media has been happy enough to report on John Baird's support for the US position two days ago :


"U.S. Secretary of State John Kerry publicly outlined details of how they concluded that the Assad regime flagrantly used chemical weapons against its own people, causing wide-scale death and devastation in the suburbs of Damascus on August 21, 2013.  Along with its international partners and allies, Canada has condemned this despicable and abhorrent act."

but has yet to mention Gavlak's report.

Very good article from FAIR : Which Syrian Chemical Attack Is More Credible?
ending with this :


This humility about the difficulty of reporting on a covert, invisible attack in the midst of a chaotic civil war actually adds to the credibility of the Mint account. It's those who are most certain about matters of which they clearly lack firsthand knowledge who should make us most skeptical.


"The total in government-approved arms export licences for Saudi Arabia was more than 100 times the $35 million approved in 2010."


Up until Aug 2011, the Government of Canada Canada-Syria Relations webpage read :

It's those who are most certain about matters of which they clearly lack firsthand knowledge who should make us most skeptical.

The above last line of the FAIR article speaks volumes, Alison . . . .

The rush to war is encouraged by those who feel they have to prove something.

Why is Obama insisting U.S. MUST attack Syria? I can't find a thing about that. It looks like O doesn't have all the support of the troops. Check out hashtag #IdidntJoin, some are posting their pics w/ I didn't join to fight for Al Queda. As well Newsbreaker tweets pic of marchers in front of Kerry's house, Hands Off Syria.

The US govt lost all credibility when they knowingly lied about "Weapons of Mass Destruction" as an excuse to invade Iraq for a second time.
For the US govt to expect the public to believe them this time.....

I wish to god some reporter would tell either harper or baird, right to their face:

"Would you please just shut the fuck up???"

Of course the US government will now immediately reverse course and demand serious sanctions and a no-fly zone on Saudi Arabia . . .

No? But, but, don't they want to get rid of that vicious chemical-weapon-using dictator? It's all always for DEMOCRACY . . . isn't it?

Saudi Sarin? Yup, if the Iranian Shi'a are seens as that much of a danger and the Sunni Saudis are sufficiently afraid.

Now, where did they get warheads designed to take Sarin? As far as I know, the US doesn't use chemical except for white phosphorus artillery. But there are lots of non-American munitions makers who would love to sell gas-capable warheads.

Why is Obama insisting U.S. MUST attack Syria? I can't find a thing about that.

Obama has been supporting the Muslim Brotherhood/AlQaeda/rebel factions against Assad in a proxy war against Iran but Assad hasn't gone down, so I gather the idea is that surgical strikes would weaken Assad without empowering his enemies - who are also America's - too much. Plus he's stuck his neck out and made it about US and his own *credibility* as the world's policeman.
Canada has been helping him out here.

Really you'd do better reading Chris Hedges or Eric Margolis - I don't know any more than you do.

Ed : Brown Moses Blog has posted analysis on various presumed rebel vids on munitions. It's way beyond my ken but probably not yours.

Yes Alison, I've followed the arguments but why must Obama do ANYTHING?

Because he is the President of America, Home of the Lockheed Martin and Land of the Boeing, Raytheon, and General Dynamics.

barry has no choice when the Puppet Masters are pulling the strings . . . .

Why is Obama insisting U.S. MUST attack Syria?

"One administration official, who, like others, declined to be identified discussing White House strategy, called Aipac “the 800-pound gorilla in the room,” and said its allies in Congress had to be saying, “If the White House is not capable of enforcing this red line” against the catastrophic use of chemical weapons, “we’re in trouble.”
...the White House is justifying a little war with Syria by saying that without it AIPAC will think it won’t get the big war it wants with Iran. And that means the donors will be pissed and stop giving to the Democrats."

"
Because he is the President of America, Home of the Lockheed Martin and Land of the Boeing, Raytheon, and General Dynamics. "

Yeah, what was that that Ike (DDE) was saying about 50 years ago?

Yup, kootcoot, that's what Ike was referring to, alright.


Various sources - including Ike's granddaughter/grandson (?) a few years' back - included the word "congressional" in his famous farewell reference to the military industrial complex influencing Washington. I tend to prefer the draft version which included the word to the final version in which it was deleted. Congress is definitely in on the scheme both philosophically and no doubt monetarily . . . .

Why? Also because they have the technological capacity to intervene without massive US casualties. Rewind the clock 30, 40, 50, 100 years, and play the same scenario out... The US could have done very little surgically and intervention would have been in force, or well below the radar.

Boris : without immediate US casualties ...

"A little under two years ago, Philip Hammond, the Defence Secretary, urged British businessmen to begin “packing their suitcases” and to fly to Libya to share in the reconstruction of the country and exploit an anticipated boom in natural resources.

Yet now Libya has almost entirely stopped producing oil as the government loses control of much of the country to militia fighters.

Mutinying security men have taken over oil ports on the Mediterranean and are seeking to sell crude oil on the black market. Ali Zeidan, Libya’s Prime Minister, has threatened to “bomb from the air and the sea” any oil tanker trying to pick up the illicit oil from the oil terminal guards, who are mostly former rebels who overthrew Muammar Gaddafi and have been on strike over low pay and alleged government corruption since July.

As world attention focused on the coup in Egypt and the poison gas attack in Syria over the past two months, Libya has plunged unnoticed into its worst political and economic crisis since the defeat of Gaddafi two years ago. Government authority is disintegrating in all parts of the country putting in doubt claims by American, British and French politicians that Nato’s military action in Libya in 2011 was an outstanding example of a successful foreign military intervention which should be repeated in Syria."

Anon@12:56
Yeah, thanks, read that.
Been posting it under the posts of surgical-strikes-worked-in-Libya fans.