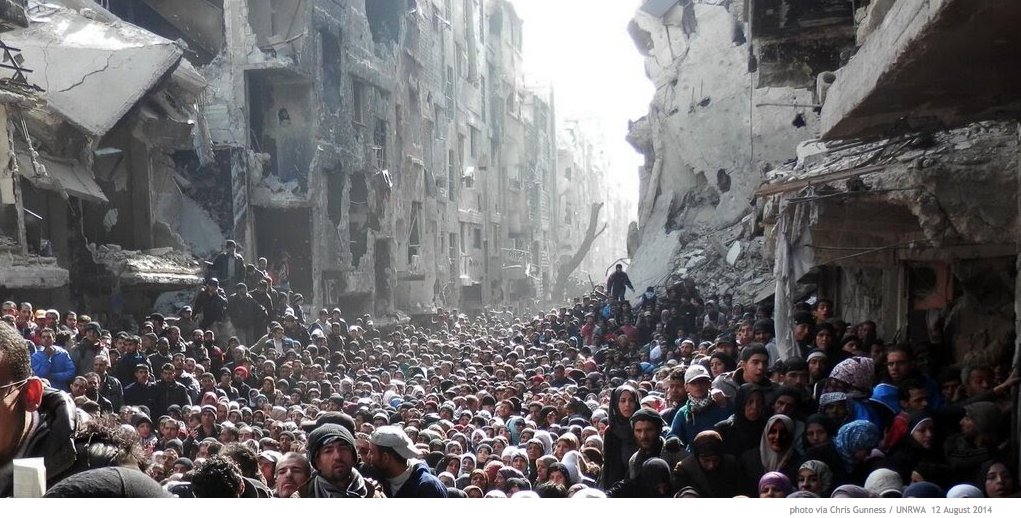 Posted by Alison at 4:08 am
Email ThisBlogThis!Share to TwitterShare to FacebookShare to Pinterest
Labels: BDS campaign, ConservaLiberals, Gaza, Palestine

In the world of fractured values we live in, Alison, it would seem that the greatest act of betrayal is to choose not to shop. It is anathema to the corporate values held so close to the hearts of our major political parties.

The long arm(s) of beebee net-in-yahoo reach out yet again.

The photograph you posted represents the Israeli government's tactic of "Dahiyeh." This is the calculated choice to target civilians. It's named after a neighbourhood in Beirut where Israeli generals first perfected the tactic.

This is a war crime as monstrous as it is obvious. It has since been inflicted on the Palestinians three times. The Israelis call that giving Gaza a "hair cut" or "mowing the lawn."

Israel's last Gaza slaughter began in the predictable way for Dahiyeh. For two days Israeli jets attacked Gaza's electrical, water and sewage utilities. Those are also prohibited targets under the laws of war. From there the bombing campaign moved on to hospitals, schools and residential neighbourhoods like the one in the photo.

The Harper government, of course, claimed this was self-defence. Ignatieff went further, pre-absolving Israel of blame for its excesses. The NDP were hardly better.

This BDS resolution is an act of complicity. The Liberals don't have enough weasel words to plaster this over.

As Voltaire put it :"To learn who rules over you, simply find out who you are not allowed to criticize.".

How would liberals react, I wondered, to this latest betrayal of a cause they'd long espoused? Would they call it "smart politics" like when Trudeau voted for C-51 or would they say "his hands are tied" as in the Saudi arms deal? Turns out after a momentary pause, they just went back to trashing the Cons. Bah.

BDS is about the purest form of democracy we have. The fact that parliament decided to condemn a movement that aims to the de-commercialize the occupation from its use of Caterpillar to bulldoze home to the ability of occupying settlers to use Air BnB to further entrench themselves by creating a system that rewards their occupation.

Fairly decent pushback on this issue from the fourth estate actually.