Pay to Play in BC with LNG and KBR 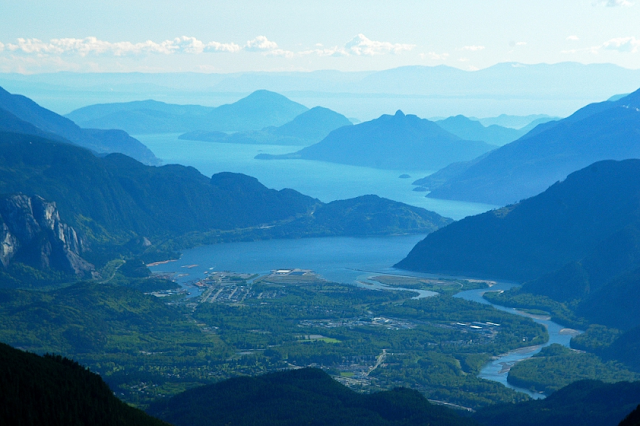 On Friday March 18, Minister of Environment and Climate Change Catherine McKenna signed off on environmental approval for the controversial Woodfibre LNG Project in Howe Sound, saying the project is "not likely to cause significant adverse environmental effects".
By Monday morning, Houston-based KBR had been awarded a multi-phased Front-End Engineering and Design contract for Woodfibre.

KBR describes itself as "a global technology, engineering, procurement and construction company serving the hydrocarbons and government services industries".

You might better remember KBR as Kellogg Brown and Root.  A subsidiary of Dick Cheney's Halliburton until 2007, KBR was once the single largest US military contractor in Iraq with a hand in building Guantanamo Bay in Cuba and the sole contractor for Bagram base and the $100M US embassy in Afghanistan.

They were in the news a bit :

2011 : KBR Tries to Convince Judge to Use Iraqi Law in Shower Death of Green Beret 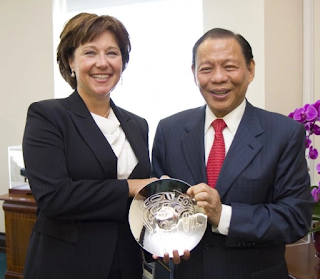 Woodfibre LNG Limited is a subsidiary of Pacific Oil & Gas Limited, in turn part of Singapore-based RGE owned by billionaire tycoon Sukanto Tanoto seen here at left with Christie Clark. One of Mr. Tanoto"s companies has also made news headlines around the world about off shore tax fraud and money-laundering.

The Woodfibre LNG KBR contract announcement was made by Woodfibre "Country Manager and VP" Byng Giraud, described as their "first North American employee."

Formerly Conservative Resources Minister Gary Lunn's Saanich-Gulf Islands campaign manager in 2008 in what came to be known as Canada's first misleading robocall election, Mr. Giraud's bio  notes he was "on the governing council of the Conservative Party of Canada with Prime Minister Stephen Harper", so naturally Giraud and Woodfibre have supported Christie Clark's BC Liberals however they can :

"The Clark government’s BC Liberal party was sponsored by Woodfibre LNG at an upscale, private members' fundraiser event on Thursday night.
“We’d like to thank our sponsor tonight, Woodfibre LNG ...

“That treads very close to that thin line between legitimate fundraising and influence peddling ..."

That would be the thin line between a fundraiser held in February 2015 and the next BC election in May 2017.

Elections BC Political Contributions Tables for 2014/2015  for Mr. Giraud and Woodfibre : 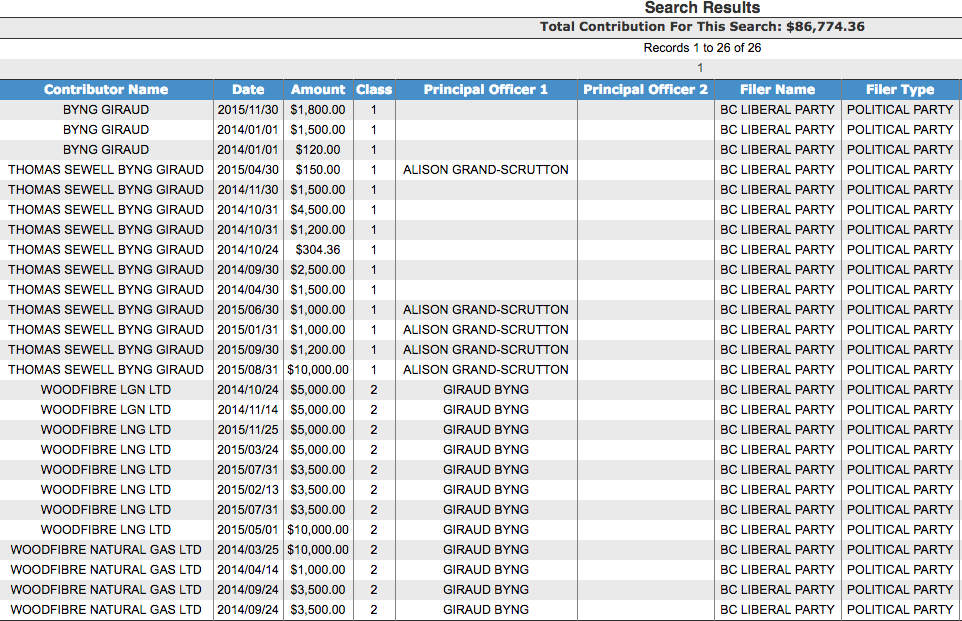 For doing the work that Mr. Mason of the Globe and Mail told us yesterday that that the local proMedia just doesn't have the resources to do.

RossK! I saw where you pointed that out yesterday.
Idiot bloggers of Lotusland - untie! those BC Elections files.

Yet again Alison shows the Corporate Media how it should be done!

That Thomas Sewell wouldn't be that multi-generational Marina operator in Horseshoe Bay, would it?

Will be an all out war in Howe Sound, the forces of know against corrupt provincial and federal governments. Catherine McKenna has sure showed her lack of knowledge about Howe Sound and just how willing we are to protect it and the rest of the coast from destruction. Getting so pissed at these people.

Pardon my naivete but I thought the Woodfibre approval process was unfinished and there were many concessions to be made such as changes to the water cooling system......oh I get it now - it was just a political sham by Trudeau, McKenna and Clark to pretend to actually listen to their electorate.

Five days later and we're still waiting for one word of this to show up in the corp media. Or for that matter the Tyee, National Observer, Press Progress ...

Buying favors are we????This combination of "POWER and MONEY" has to stop!!!!