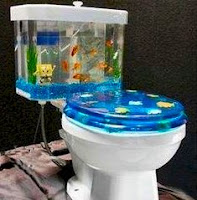 Despite a recent scientific paper warning that parasitic sea lice infestations from fish farms could wipe out 99% of wild Pacific pink salmon within 4 salmon generations or 8 years, don't expect to see any radical mobilizing action from the Department of Fisheries and Oceans any time soon.
Not only is fishfarming part of the DFO mandate, the DFO deputy executive director of the Office of Sustainable Aquaculture expects fish farming to overtake industry fishing soon :
"While the salmon farming industry nearly doubled in size between 1997 and 2005, output from the wild commercial sector fell by more than 30%."
"They don’t believe their interests are in conflict."
"Fisheries scientists try to stay neutral"
"They want to avoid polarized debate."
"A transition to a floating closed containment system could possibly be phased in over 10 years."
Trouble is if this latest scientific paper is correct, the pink salmon don't have 10 years.
Last year, marine ecologist John Volpe of the UVic said that sea lice from fish farms kill up to 95 % of wild juvenile salmon that pass by the open net fish farms.
Yet according to independent researcher Alexandra Morton , "some see wild salmon as just too costly to protect - they require a long corridor of protection from the tops of the rivers all the way out to the ocean and this would "force the politicians to say no to all the hands that feed them."
As a result, "big industry [including logging and offshore drilling] fit well with salmon farms," she says "
So there ya go.

Pink salmon routes and fish farms in Broughton archipeligo, BC.
Posted by Alison at 6:08 am
Email ThisBlogThis!Share to TwitterShare to FacebookShare to Pinterest
Labels: Alex Morton, DFO, Fish farming, salmon

"drf" is already stocking the freezer with wild salmon while it is still available.