They call it science. We call it bullshit. 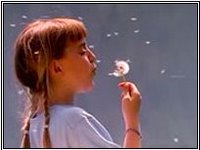 "CO2 They call it pollution. We call it life."

Remember that TV ad from the Competitive Enterprise Institute , the one arguing that global warming is not really a problem? They also did the one about how the polar icecaps are actually increasing in size.
A policy research think tank [Ed. note : Read 'oil industry front'], CEI received $2 million from ExxonMobil over the last 8 years.

No more. Exxon has pulled the plug.

From Reuters and CNN :
"Exxon, the world's largest oil company and a longtime skeptic that humans are responsible for global warming, is joining other industries at a series of meetings in Washington and elsewhere to discuss how laws on U.S. carbon control should be written, according to the Wall Street Journal.
Exxon's thinking on global warming has recently become more in-line with those in the scientific community who believe global warming is a human-made reality.
Exxon has also said it has stopped funding the Competitive Enterprise Institute, a think tank that questioned the premise that humans are largely responsible for causing global warming by burning fossil fuels with ad campaigns like "Carbon dioxide: they call it pollution; we call it life."

"ExxonMobil takes climate change extremely seriously. We recognise that the risk of climate change and its potential impacts on society and ecosystems may prove to be significant and that actions are needed to address this issue.
We are taking actions to reduce emissions now and are also investing in research and technology in the area of advanced vehicles and fuels, energy technology and climate science that can help find long-term solutions to global warming.
ExxonMobil is taking steps to reduce greenhouse gas emissions now."

Still, not everyone seems to have got the memo.
The Natural Resources Stewardship Project, a Canadian environmental policy research think tank which evidently feels the need to put quotation marks around words like "green energy" and "environmentalists", lays out a strategy which quite likely involves a child blowing on a dandelion :

"NRSP’s first campaign is focused on dispelling the notion that Canada needs CO2 reduction plans. CO2 is very unlikely to be a substantial driver of climate change and is not a pollutant."

For more on the parentage of Not Really Science People [Ed. note: Tim Ball!] : BigCityLib

UPDATE : From Rabett Run :
"Richard Littlemore [DeSmogBlog] has the Calgary Herald's statement of defense against Tim Ball suing them because they called him Tim Ball."
Heh. Go Dan Johnson.

I explained on the sites you mention that we are completely independent from Friends of Science. The bloggers simply responded by swearing and using bad language so I am not posting there anymore as it was clearly a waste of my time. Hopefully this won't happen here.

You cite desmogblog.com. You have to realize that their raison d'etre is to "debunk the debunkers", not to see if the debunkers have any good points to raise. If we, and others like us, stopped doing what we do, they would presumably lose their funding and fold. They are funded by a Calgary-based millionaire lawyer who pays a team of communications specialists (ex-journalists, etc.) from a Vancouver-based PR firm to run the site for him. No scientists appear to be involved at all - it is just a PR excercise so you have to take anything they assert with a rather large grain of salt, just as most people do politicians of all strips - all spin and no substance most of the time and surely not worth commenting on, which is why I don't.

In fact, the Bigcitylib site above explains how many connections there are between Friends of Science and NRSP; and they are still waiting for your reply, Mr. Harris.

By the way, I saw your website's claim to be a grassroots organization, which claim I believe was removed from the NRSP website after DeSmogBlog pointed out it was not true. Only now, three months after setting up your website, are you trying to grow a bit of grass at FD.

DeSmogBlog does not claim to be a science website, unlike the "Friends of Sciene" whose very name is a lie, and the NRSP, whose claim to Stewardship is also a lie. And your attempts to present "science" are dishonest and inadequate.

Actually, Tom, desmogblog.com outlines who they are on their website. They are forthright in explaining that they are PR people. I agree with them -- who better to defend against the spin applied by oil/energy company front groups? Unlike those groups, they don't pretend to have science on their side. Climate science IS very much on their side.

As for the citation of desmogblog above, I don't see how posting copies of legal documents on their website can be derided as political spin without substance. Your response above is the diversion.

You are right on target, as always, Alison.


PS. But your words attract some unusual readers, too. Until now, I have never seen anyone in science or engineering who would routinely include the general subject of unrelated, former university studies in parentheses as part of signature info. Nostalgia, maybe?

OK - I'll cross this site off the list as one that will honestly engage in useful dialog - who cares if scientists like Baliunas and Ball help out other groups as well (and I imagine they are on many boards, committees, etc. across Canada and the US, as is normal for high profile individuals). Claims such as the below are totally false (a quick search of Web archives will reveal that) and generally an indication that it is not worth responding to you.

But then you apparently believe desmogblog, which is riddled with errors so numerous I eventually lost track and so stopped paying attention to them at all, as many mainstream media seem to as well. But then your mind is already made up so no point in saying more. So long. The Blog is back in your hands - dissenters need not post. I'll continue on sites like that of MacLean's where healthy discussion is welcome.

Here is the quote I reference: "By the way, I saw your website's claim to be a grassroots organization, which claim I believe was removed from the NRSP website after DeSmogBlog pointed out it was not true."

Had to make one other correction before leaving: You say, "Until now, I have never seen anyone in science or engineering who would routinely include the general subject of unrelated, former university studies in parentheses as part of signature info."

This shows how little you know about the atmosphere and climate - it is a massive, and massively complex, thermo-fluids system and my experience in the field allows me to understand research papers far better than, say, a history graduate like John Bennett of the Sierra Club, a lawyer like Elizabeth May or a fruit fly geneticist like David Suzuki. However, if you would rather run to them for explanations of the climate system, instead of me or the scientists who specialize in the field, be my guest.

No Tom, come back! Nobody even used bad language. C'mon, we need more argument from authority! That's clearly why we like Tim Ball so much. He claims to have authority in the field (which it's clear from the lawsuit papers, among other things, that he does not) and then makes statements that are outside even his pretend area of competence (for example, he's not a political scientist). Who doesn't need more of that?

On the other hand, if you really do want to use your engineering background to help enlighten, then why do I not see your name (and attendant signature) in any of the real science discussions that I have seen? Now just wait ... I want to google Tom to make sure I haven't missed anything major. Oh, here's something:

Says here his BEng is from 1975 (perhaps a little dated?) and he was Director of Operations for a PR and lobbying firm. Didn't he say we should ignore desmogblog because of that? Geez, I can't find anything with much science in it from Tom. Maybe he'll come back and show me what I'm missing. I'll be pleasantly surprised if he does.

In my post at 10:29, I seem to have remembered the grassroots thing inaccurately. The NRSP website has this:
"First Year Initiatives

“Understanding Climate Change”
A proactive grassroots campaign to counter the Kyoto Protocol and other greenhouse gas reduction schemes while promoting sensible climate change policy." So it has not been removed from here: http://www.nrsp.com/background.html

What DeSmogBlog said about it here:
http://www.desmogblog.com/node/686

So NSRP did not actually claim to be a grassroots organization, it merely planned to magically produce a grassroots movement. And it has not removed this priority from the website. My mistake.

Incidently, DeSmogBlog posted comments about astro-turf organisations before NRSP appeared, so this post cannot be considered an attack on NRSP, unless NRSP is connected to "Friends" of Science:
http://www.desmogblog.com/astroturf-the-only-grass-that-withstands-toxic-friends-of-science

Just wanted to drop by and thank you for the comment on my hit counter review. Did my comments help you make a choice? Which one? (I didn't see a counter on your site, otherwise the answer would have been obvious.)

I'm glad you stopped, because I really like the articles I read on your site today. Lots of heated discussion (no pun intended) on this post, that's for sure.

Did we miss something here?

I live just west of Toronto, A city located in the southern part of what is commonly referred to as the Great White North. It's not white right now. It's January 13th, there's no snow, the grass is mostly green and it was raining yesterday. The debate about whether Global Warming is man made or not is over. The environment doesn’t give a shit what we think, may or may not be the cause. It’s already happening. Don’t believe me? Just look outside. Thanks to our short attention and memory spans we are missing the point, the frog is about done.
The groups that work hard to cast doubt in the minds of the public and thus validate the political stand that it is not our fault, must be countered and exposed for what they really are. We need more groups, such as the DeSmogBlog, to clear the air about what is really happening.

When only words will not do, get off your butt and do it yourself!

coldest weather in Chicago in 11 years. Damn that global warming.... and why does it matter we're all a product of evolutionary forces and if we're not strong enough to survive the planet getting warmer then we're not strong enough to survive... why fight evolution... all you do stymie the evolutionary process and nothing gets to evolve to the next level... quit mucking with NATURAL SELECTION!!

"coldest weather in Chicago in 11 years. Damn that global warming...."


I guess that's why they call it GLOBAL warming, and not CHICAGO warming.

I agree with anonymous. Obviously one side of this debate is stupid. If it is the Holocaust, oops did I say that outloud, I meant Global Warming deniers, then they will be less likely to survive a major climate change. Problem solved.

If it is the Global Warmingists, they'll find something else to use to extort money from the government, and Global Warming will go away.

It's a win win. Quit messing with nature.

Friends of Science and NRSP finally somewhere my friends and I can donate, to stop the man made global warming myth.

Good lord, Wayne, you got here from the NRSP site in the first place.

Anyway, do enjoy your 15 seconds of fame. I know I did.