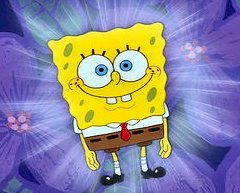 Well that was fast. The Cons have only been in government for two minutes and already Focus on the Family Canada, Canadian offspring of the right wing American Christian group of the same name, is launching a new so-con think tank called "Institute for Marriage and Family" in Ottawa next Thursday.

Heading the group is Dave Quist who, having spent the last 7 years in the Conservative government himself, explained his mandate : “I know how busy an MP’s office is, and quite honestly, there just simply isn’t time in the day sometimes to do all the necessary research that it takes to debate an issue.”

So in the spirit of reminding those MPs what a fuckwit organization you work for now, here is some research that some of them may have forgotten about the founder of Focus on the Family, Dr James Dobson :

As a child psychologist, Dr Dobson is very big on spanking discipline and the prevention and curing of homosexuality. In a weekly newsletter on the Focus on the Family website, he quotes advice to a father to "take his son with him into the shower, where the boy cannot help but notice that Dad has a penis, just like his, only bigger."

He contends that he was misquoted in the New York Times as regards his remarks on cartoon character Spongebob Squarepants' gay agenda , but warns that "While words like "diversity" and "unity" sound harmless - even noble - enough, the reality is they are often used by gay activists as cover for teaching children that homosexuality is the moral and biological equivalent to heterosexuality."

It is also his contention that traditional marriage has declined in Scandinavian due to tolerance for same-sex marriage, although he does not explain in what way heterosexuals could be affected by same-sex marriage.

So there you go, MPs - a reminder of what Focus on the Family or any of its offspring have to offer in the way of debating points, just in case same-sex marriage should somehow come up as an issue again.

More at Canadian Cynic and The Galloping Beaver

Posted by Alison at 1:00 am
Email ThisBlogThis!Share to TwitterShare to FacebookShare to Pinterest

"In a weekly newsletter on the Focus on the Family website, he quotes advice to a father to "take his son with him into the shower, where the boy cannot help but notice that Dad has a penis, just like his, only bigger.""

Charming. And these guys blame Hollywood for exposing children to sexuality?

Isn't 'Conservative Think Tank' an oxymoron? Perhaps we should refer to it as a "Spank Tank" or perhaps "The Self Centred for Me! Me! Me! Me! Me!
Wait, "The Centre for Not You" which is short for:
"The Institute for, if You are Gay or Somehow not Like Us, Thinking About How to Get Rid of You Because While We are Trying to Make Babies, We Can't Stop Thinking About that Repulsive Bum Thing You People Do, Again and Again and Again."

Oh goody, the family! Something the oligarchy can relate to, after all, let's stay together as a unit of denial while homosexual thoughts are suppressed and manifest themselves into all sorts of weird, wild, exciting yet denied sexual acting out. Molestation anyone? A simple rape or gang bang? How about being Johns but justifying it by erasing all memory of the event. Come on neos, get real! At least admit that your families are just as fucked up as any you've tried to oppress and wreak genocide upon.

Just because some woman had the gall to leave her abusive husband because she didn't want to be a part of white collar 'victimizing women' crime doesn't mean 'guilty by gender and sexual orientation as charged' , does it?

Remember, neos, we the oppressed are the evidence, not the crime.

Have you noticed that the only people who ever talk about tolerance of homosexuality leading to sex sith animals are the HETEROSEXUALS??

Really makes you wonder what sort of dank, dripping, slimy minds they live in, doesn't it?

Um...that should have read "sex with animals," not "sex sith animals." *sigh*