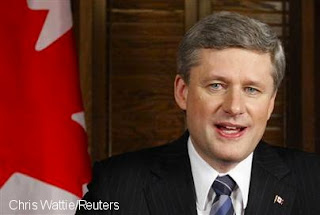 but it still contains 'rogue'.
Proroguing is trying to stop your government from falling by cancelling Parliament to avoid a non-confidence vote, or as Justin Trudeau put it : "pulling the fire alarm before you go into an exam you know you're going to fail."
If the Governor-General grants Harper's request, technically he has up to a year to recall Parliament.
While we're all hanging around Kady's this morning, waiting to see if the GG is going to grant Steve his big re-election do-over, let's just take a moment to talk about do-overs in general.
So Steve. Where exactly was your astrologer cum make-up stylist last night?
You have a winter, nay, a zombie palette, Steve. Stay clear of lipsticks with names like Majority Red or Red in Tooth and Claw. Also trowels - it's ok to be pro-rouge, but only just enough to cover your base....
Oh ye gods, Steve's fire alarm just went off.
GG says he doesn't have to write the exam after all.
And naturally he's calling it "the will of Canadians".
Posted by Alison at 7:05 am
Email ThisBlogThis!Share to TwitterShare to FacebookShare to Pinterest
Labels: coalition, proroguing democracy, Stephen Harper