A Tale of Two Tent Cities 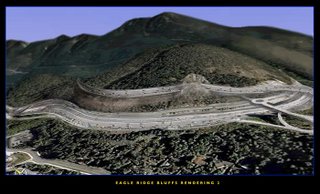 "...We did not seek and celebrate the successful Olympic bid in order to discover that our own home ground was to be violated in such an egregious manner."
-- Wade Davis, National Geographic Ethno botanist.

Apart from the 'seeking' and the 'celebrating' and the apparent surprise at this turn of events, I'm with ya all the way here, Wade.
But whose home ground could be expected "to be violated in such an egregious manner" by the Five Ring Circus shenanigans?
Well that would probably be these guys :

From Tom Sandburn at the Tyee :
"On March 30, Vancouver Fire Department inspectors visited the Burns Block, a SRO hotel at 18 W. Hastings. By mid afternoon, the department's inspectors had ordered all tenants to leave the building and find alternate shelter. (SRO means single room occupancy, the bottom end of market housing and, often enough, the only shelter available to low income tenants)."

It appears the hotel owner declared his intention not to comply with fire regulations to the Fire Department who were then under a legal obligation to evict the tenants. According to Deputy Chief, Fire Protection Les Szikai, the owner also stated his intention to sell the hotel.
How handy for him that it will now be vacant and what an appalling use of the Fire Dept.
Residents at the Astoria Hotel, the Pender Hotel, and the Lucky Lodge face similar evictions.

From David Eby of the Pivot Legal Society :

"I think the City of Vancouver is under a lot of pressure with the Olympics upcoming, and I think that the response has been currently to shut down what they identify as troubled hotels, which is a fine policy to have as long as people have somewhere else to live.
"But the city also has a policy that resulted in no additional affordable housing being built in Southeast False Creek. So when you are closing down affordable housing, and not building new affordable housing, there is only one thing that is going to result, and that is homelessness."

The affordable housing in Southeast False Creek was also part of the "green and sustainable" Olympic bid but the city later abondoned it as too expensive.

All of which reminds me of Expo '86.
Then Alderman Gordon Campbell voted against a motion before Vancouver council for no-eviction legislation. The legislation was time-limited to Expo and was intended to prevent hotel owners from evicting their tenants in order to convert their rooming houses into "boutique hotels" for Expo visitors. Some of the tenants had lived in the same place for 25 years. The average resident was white, single, elderly, male, and handicapped.

Jimmy Pattison, then President of Expo Corp, said evictions were not a problem and that the legislation would be "an unfair intervention in the marketplace".
Premier Bill Bennett said, "The removal of slum areas are the government priorities."
Minister of Municiopal Affairs Bill Ritchie said, "Despite hardship of individuals, development must take place."

Following Expo '86, then Mayor Mike Harcourt estimated 2000 rooms in 80 rooming houses had been shut down.

(edited for spelling)
Posted by Alison at 2:18 am
Email ThisBlogThis!Share to TwitterShare to FacebookShare to Pinterest
Labels: Eagleridge bluffs, Five Ring Circus

I remember Spirit of the West writing a fairly cranky song about the housing debacle at Expo '86. I just can't remember the title.

looks like the whole north shore mountainside there....who says port coquitlam is the bane? just wondering why those west vanners haven't been protesting the clear cut of the british properites - i tried to give them a break on my blog (shameless self promotion), i really did. i tried.