Poll : Do you think the war in Afghanistan is winnable? 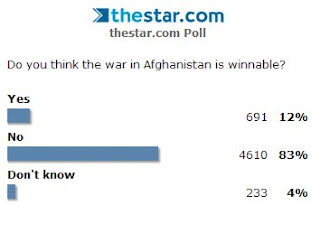 Poll in yesterday's Toronto Star - One vote per IP (yes, I checked!)
h/t CanNurse in comments below - Thank you. 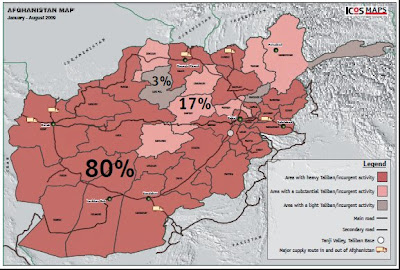 Map of Taliban presence in Afghanistan
from The International Council on Security and Development :

Data detailing the presence of the Taliban in Afghanistan was gathered from daily insurgent activity reports between January and September 2009. ICOS believes that the level of incidents recorded by this methodology is conservative.

.
Posted by Alison at 2:20 am
Email ThisBlogThis!Share to TwitterShare to FacebookShare to Pinterest
Labels: Afghanistan, polls