Canada's new immigration guide - There's no life like it! 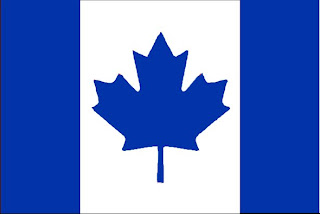 Canada's new immigration guide is all very back to the fifties. Not the real fifties of course - more a 1950's Pleasantville chamber of commerce directive of prim paternalistic homilies about the value of hard work and service.
Lots of military dudes have done important manly men stuff and you too, aspiring immigrant, can join them:

There is no compulsory military service in Canada. However serving in the regular Canadian Forces (navy, army, and air force) is a noble way to contribute to Canada and an excellent career choice (http://www.forces.ca/). You can serve in your local part-time navy, militia, or air reserves and gain valuable experience, skills, and contacts. Young people can learn discipline, responsibility, and skills by getting involved in the cadets (http://www.cadets.ca/).

Or maybe you were thinking of moving here just to go on welfare?
Taking responsibility for oneself and one's family

Getting a job, taking care of one's family and working hard in keeping with one's abilities, are important Canadian values. Work contributes to personal dignity and self-respect, and to Canada's prosperity.

This I would have no particular problem with:
The equality of women and men

In Canada, men and women are equal under the law. Canada's openness and generosity do not extend to barbaric cultural practices that tolerate spousal abuse, "honour killings", female genital mutilation, or other gender-based violence.

had the Cons themselves not recently axed the term "gender-equality" from Foreign Affairs missives, rather leaving the impression that their concept of gender equality extends only as far as being revolted by foreign practices they find icky.

And then it's back to the monarchy, the Magna Carta and the military heroes.
Although rule of law features prominantly, the Supreme Court of Canada gets 10 words while recipients of the Victoria Cross from 1854 to 1945 - "the highest honour available to Canadians"- get a whole page with pictures. The environment is almost entirely absent but the inventors of the blackberry get two separate mentions. No mention of same-sex marriage or LGBT rights.

It's not entirely awful. The bluntness of the language, the acknowledgement of separatism, residential schools, the Chinese head tax, and the internment of Japanese and Eastern European immigrants in the Great Wars, and the civics lessons are all good.
That the Cons envision the militarism and family values of the 50's as the way forward for Canada is not.
.
Posted by Alison at 9:27 pm
Email ThisBlogThis!Share to TwitterShare to FacebookShare to Pinterest
Labels: Canada's new immigration guide

The 'alternative press' has been writing about 'boiling the frog' for years. What you do is change a representative government into a repressive government over a period of years, by which time the young notice no significant difference.
By that standard the immigration act of 1917 shouldn't be too far away. That was the one which served as a model for Apartheid in South Africa.

Though, of course, it doesn't actually work on frogs.

Also, 'family values' should really get inverted commas, to avoid the implication that such values have any special virtue or relevance with regard to families.

Hey, Opit, which is your preferred site to link to?

Except for the missing 'LGBT' bit, I'm hugely in favour of immigrants reading any of the excerpts that I've read here. I shall have to go download and copy and read the whole thing.