Winning hearts and minds in Afghanistan 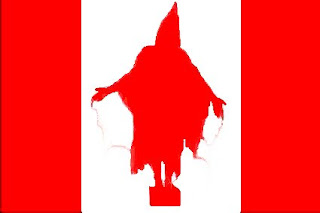 MacKay :
"Not a single Taliban soldier turned over by Canadian forces can be proved to have been abused. That is the crux of the issue."

Ok, how about "farmers, truck drivers, and peasants" then?

Afghanistan Independent Human Rights Commission :
"Torture and other cruel, inhuman or degrading treatment are common in the majority of law enforcement institutions, and at least 98.5 per cent of interviewed victims have been tortured."

The independent study, which tracked abuse claims between 2001 and early 2008, shows the vast majority of them - 243 - were levelled in 2006 and 2007.
That is the time frame when Colvin was in Afghanistan and warning the federal government about torture. "
(h/t Cathie)


"[Colvin] says all of the prisoners Canada handed to Afghanistan’s notorious intelligence service in 2006-07 were tortured — and many of them were likely innocent … farmers, truck drivers and peasants "in the wrong place at the wrong time.
"In other words, we detained and handed over for severe torture, a lot of innocent people."
.

"The Conservative government was aware from the first day it took office in 2006 that Taliban suspects, rounded up by Canadian soldiers, might be tortured in Afghan prisons, says Defence Minister Peter MacKay.
The government then waited 15 months, until May 2007, before putting new safeguards in place to monitor the treatment of Afghan detainees."
.
Posted by Alison at 12:12 am
Email ThisBlogThis!Share to TwitterShare to FacebookShare to Pinterest
Labels: Afghanistan, detainees, Peter MacKay, Richard Colvin, torture

After a week of searching for someone to discredit Colvin, they've come up with exactly one Afghani prison warden who says "only around 100" were tortured, so obviously MacKay is in the clear.
http://www.canada.com/news/Prisoners+were+tortured+perhaps+just+dozen+Afghan+warden+says/2253165/story.html

You are so mucho talented.

I'm echoing W.E. Bob on that.
Is there an award for Most Brilliant F***ing Graphic in Canadian History?
Who cares about awards. Let's just move that everywhere we can, and bore it into the national psyche.

Thanks, Bob, Anon, feel free to post it wherever you like.
The sad thing is - I first posted it at least a couple of years ago.

Well done Alison! You've put together a very powerful digest of the truth on detainee torture.

I KNEW I had seen it before.

Your blog just keeps getting better. Is it okay with you if I use the flag image on my site (www.anothervoice.ca) or elsewhere?

Brian @ Another Voice : Please do.
Very much enjoyed your piece on how over-population is not the problem. Somehow it's always us saying the 'undeveloped' countries are a problem, isn't it? - first population, now climate change.

Thanks.
I've used the flag image (and also the storefront image) in my latest newsletter, available at:
http://www.anothervoice.ca/dec2609.html