Steve and Sandra - Spinning the war 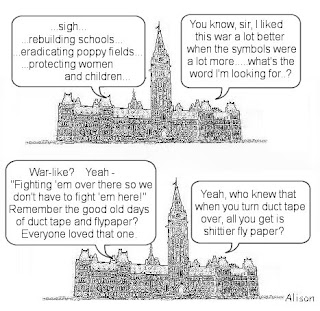 Perhaps a Frank Luntz refresher course in in order for stevie??

Mike : How I do so wish he really had said "pubic opinion".

WEB : "So let's call the whole thing off."
Saw Luntz on a doc on "The Fifth Estate" tonight. Nice little take-down on spin, it was.