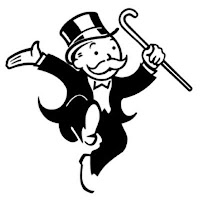 How Wall Street insiders are using the bailout to stage a revolution
"It's over — we're officially, royally fucked.
The latest bailout came as AIG admitted to having just posted the largest quarterly loss in American corporate history — some $61.7 billion. In the final three months of last year, the company lost more than $27 million every hour. That's $465,000 a minute, a yearly income for a median American household every six seconds, roughly $7,750 a second. And all this happened at the end of eight straight years that America devoted to frantically chasing the shadow of a terrorist threat to no avail, eight years spent stopping every citizen at every airport to search every purse, bag, crotch and briefcase for juice boxes and explosive tubes of toothpaste. Yet in the end, our government had no mechanism for searching the balance sheets of companies that held life-or-death power over our society and was unable to spot holes in the national economy the size of Libya (whose entire GDP last year was smaller than AIG's 2008 losses)."
continued ...
.
Posted by Alison at 1:30 am
Email ThisBlogThis!Share to TwitterShare to FacebookShare to Pinterest
Labels: AIG, money money money, US economy, war on terra