The Thing with Two, or Four, Heads 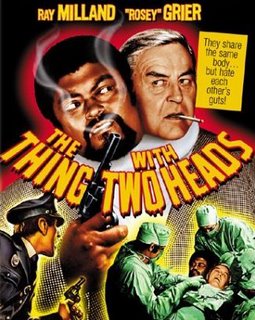 "Health Canada is looking at the idea of conducting joint reviews of new drugs with the American government, an idea long promoted by the pharmaceutical industry as a way to get their products on the market more quickly.
"Four heads are better than two ... You're exploring the possibility of real-time dialogue with the FDA," said Jirina Vlk, a Health Canada spokeswoman."

Canadians who generally like to see only one head per body will remember that after FDA scientists in the US approved an over-the-counter morning-after pill, the Bush administration over-ruled them and required women to get a doctor's prescription first.

"Unless Health Canada can show that an independent review process is essential to the health and safety of Canadians ... why not piggyback?" asked Jonathan Goodman, a spokesman for Canada's Research-based Pharmaceutical Companies (Rx&D), the brand-name-drug makers' association."

Because, Mr Goodman, Canada hasn't yet developed a morning-after pill for deep integration with the US. And even if we did, we're pretty sure you and Bush would try to prevent us from getting access to it.

Note to BigPharma lobbyists and their friends in gov't : The references to mutants in the same breath as new drugs? Not a mistake this guy would have made :

Posted by Alison at 1:21 am
Email ThisBlogThis!Share to TwitterShare to FacebookShare to Pinterest

The guy on the operating table in the poster looks quite a bit like Bush, doncha think?

what more then typical? how else can we say, 'hey, evolutio's great!' then by just laughing at the antics of the oligarchy??? without them, we wouln't be in the transition to the new world (i know, boring, boring).

ya gotta had it to 'em! they know how to do things, we should be so orgainized!