The Pray For Clean Air Act 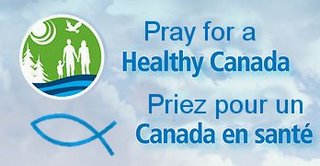 Canada's Gnu Government :
Stephen Harper today announced that the government will introduce a Made in Washington Clean Air Act, which will set in motion the country's first comprehensive and integrated approach to tackle air pollution and greenhouse gas emissions...will spend a year consulting extensively with industry first...no targets yet...no details as yet....will make an announcement about another announcement later on in the week perhaps....

[Gnu official statement and logo - both edited for clarity]
Posted by Alison at 11:46 pm
Email ThisBlogThis!Share to TwitterShare to FacebookShare to Pinterest

In a development that appeared to take his campaign staff totally by surprise, Stephane Dion, in stark contrast to the other Liberal Leadership hopefuls, was seen displaying disturbing vestiges of a moral compass.

hmmm? Didn't quite catch that. Let me sort through your implications.

1. Everything Harper does is a sad mimicry of American policy. (grounds?)

2. Everything America does is wrong/evil. (grounds?)

3. Because Stephen Harper didn't announce the full and entire text of all anti-pollution initiatives and bored the hell out of everyone present, he must be hiding something... or not really have a plan... or both... or he's SCARY.

Oh, and one last implication from your lovely logo - Because it is from Stephen Harper, and Mr. Harper is already self-evidently a toady of the evil "religious right", his plan is a non-plan full of wishful thinking, aka. prayers.

Am I understanding you correctly? If so, exactly how many PSI does that closed mind of your exert to stay so shut?

Look how united the family and how clean everything is in the government logo... are you against united families and clean environments?

Will no one rid us of these dithering politicians? Will we never see any action on environmental issues? Or will it always be just a lot of hot air?

That's right, the religious right can't get too excited about the environment since the lord is returning in our lifetime to destroy it anyway. So the more we destroy it, the less work god will have to do when he returns. And please give industry whatever it needs too. amen

Is ther any allowance for "intensity-based" prayers?

Good lord, Havril, you're alive!
A comment from Havril can only mean one thing...let me just check...clicking through...yes, he has an actual post up!. And it's about brussel sprouts!
Someone alert Scout.
Havril is hands down the funniest guy out there.

Neo : Feel free to bash Lib inaction on the environment all you like here. I certainly do.

Shane : Don't really do cockslappingfests with other bloggers here, dear. That's what your blog is for. However I will drop by later to read your own no doubt stirring defense of Harper's announcement about a future announcement that has so far been roundly tanked by all the other conservative blogs I read.

Careful, Olaf, you came dangerously close to approaching wit there.;-)

Deanna, Q : It'll be up to us to prod them into action no matter which party is in power. Governments weren't initially too keen on the concepts of equal rights or racial equality to begin with either.