All your water are belong to us 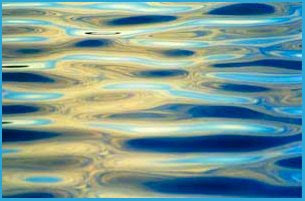 "It's no secret that the U.S. is going to need water. ...
It's no secret that Canada is going to have an overabundance of water.
At the end of the day, there may have to be arrangements."
So says Armand Peschard-Sverdrup, director of the North American Future 2025 Project, which is wrapping up its closed-door two-day conference in Calgary today.
NAF2025 Project is the trilateral spawn of the US thinktank Center for Strategic and International Studies, the Conference Board of Canada, and CIDE, a Mexican policy institute.
Its mandate is implementing the Security and Prosperity Partnership, the deep integration deal signed by Bush, Fox, and Martin in 2005 and further expanded by Bush, Fox, and Harper in 2006.
From an outline of the conference :
"the overriding future goal of North America is to achieve joint optimum utilization of the available water."
Not bad.
'All your water are belong to us' would have been catchier.
Still, the message is unmistakable, isn't it?
From the World Business Council For Sustainable Development :
"North American Future 2025 Project - an effort to draft a blueprint for economic integration of the continent."
"On a world scale, Canadians enjoy an overabundance of freshwater that is out of proportion to the national population, when compared with other countries.
With the impacts of climate change a present reality as well as a future certainty, Canada will be increasingly pressured to bolster North America's freshwater supplies. The policy, business, and social responses to this issue will be vital to ensuring the prosperity and environmental integrity of the entire continent.
There are many legal and international trade issues involved, and the North American Free Trade Agreement (NAFTA) and the World Trade Organization's General Agreement on Tariffs and Trade (GATT) could possibly be used as the basis for a challenge to Canada's right to control water exports. That challenge rests largely on the definition of water as either a ‘vital resource' or a 'commodity."
Amazingly, Canada has no enforceable water policy.
"Maude Barlow, National chair of the Council of Canadians, points out in a statement that provincial accords to prevent exports are voluntary, and that the only existing prohibition on bulk water exports contained in the 1909 International Boundary Waters Treaty Act (IBWTA) only applies to waters that are shared with the U.S., and not on water from Canada's North."
What Canada does have however is the Conference Board of Canada working away at deep integration.
Maude Barlow : “The big business community and corporate lobby groups have been granted executive level access to the integration process. No equivalent role has been granted to labour groups, civil society or even Parliament in Canada.”
NDP MP Peter Julian intends to change all that when he brings the SPP issue to committee for its very first parliamentary debate :
Julian : "Canada stands to lose millions of litres of fresh water as a result of bulk water exports if the Conservatives enact proposals being discussed later this week in a closed-door meeting in Calgary.
Today NDP MPs stood on the steps of Parliament Hill and called for a full parliamentary debate on the issue of the Security and Prosperity Partnership of North America (SPP) - before the government implements this deep integration with the U.S. any further." continued ...
Unlike the notorious secret Banff meeting, and the one that followed it, this time at least there is some media coverage.
Thank you, Peter Julian, for bringing this to open public debate.
It's a start.
Fixed : Link to Peter Julian's press release
Link to North American Future 2025 Project pdf
Posted by Alison at 12:23 am
Email ThisBlogThis!Share to TwitterShare to FacebookShare to Pinterest
Labels: NAU, SPP

Thanks for the heads up on this, Alison - Great post. I'm going to link to it from our blog. It's important to get the word out on deep integration so that people will be concerned about the ramifications.

"An overabundance of water" ...

These guys got out of high school? WTH is an "overabundance" of water? The water is where it is for good reason, unless we have done something stupid.

Thanks for the alerts, Alison.

Skdadl, I think it stems from the same mindset that demands to know what all that American oil is doing under the sands of Iraq and Iran. To twist Raffi's Sharing Song, "It's yours but I can take it..."

Funny thing, though. The title of this program is North American Future 2025, yes? And the assumption is that the USA will be the big noise on the continent, yes? Which means they're all assuming that eighteen years from now the USA will still be a contiguous nation from coast to coast, yes?

Seems to me that's only a safe bet if the American people can bury the Republicans, neo-cons, Christopaths, and their Military/Industrial/Information Complex; otherwise, I'd expect that nation to fracture along the already-obvious political fault lines.

Oh, and thanks from me too, Alison. How sad that those of us who protested the original FTA (I've still got the nifty "NO, eh" button), in part because of exactly the potential for this assault on our water, were proved right.

If only Joe Clarke had said "Four cents a litre".

"Maude Barlow, National chair of the Council of Canadians, points out in a statement that provincial accords to prevent exports are voluntary, and that the only existing prohibition on bulk water exports contained in the 1909 International Boundary Waters Treaty Act (IBWTA) only applies to waters that are shared with the U.S., and not on water from Canada's North."

Let me make sure I understand this: the only water that Canada has legal protections for is Canada's portion of the Great Lakes? You folks have got to do something! I came to your site from Cathie from Canada, and I recognize the name Maude Barlow. You go, all of you. Do NOT let this happen. Catherine from Ohio

WEB : And of course it's you Americans that are showing way more interest in SPP and the way in which our govs are puppets of corporate convenience here. We're a long long way behind you on this issue.
Looking at my stats for this post - more American readers than Canadian. That's pretty alarming for a Canadian blog.

Skdadl : Always interesting to parse the language of business pages, isn't it? They are so much more straightforward about cheerleading their intentions. Almost everything definitive I've read on SPP comes from economists and business writers.

Q : Same fights, over and over. Over my lifetime, progress has to a large part been mostly about not losing ground.

Thank you, Catherine. Not only the Great Lakes - I was just using them as an example of a shared body of water that is among the few that are regulated.
Maud Barlow et al are trying to jumpstart our government up to speed here. There are alarming precedents like Bechtel "owning" the rainfall of countries in South America. And the various international trade lawyers I've read do not agree on what measures we can take at this point, given NAFTA.
Must say I appreciate that American readers like yourself kindly overlook my constant freaking out about being eaten by US corporations and acknowledge we are in the same boat on both sides of the border on this.