CON³ cranks up the anti-abortion wurlitzer 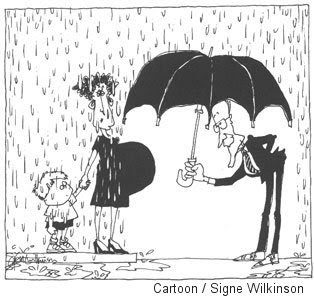 Conservative Convention Constitution, aka CON³, Resolution P-207 -
legislation to make assault causing harm to fetus a separate crime - PASSED
Kady from the convention floor :
"A delegate from the East Coast bravely makes the argument that this would, indeed, open the door to fetal rights - which gets a cheer, and then boos when she indicates that this would be a bad thing."
G&M : "The “Protecting Pregnant Women” policy resolution passed by a narrow margin despite warnings to Tories from abortion rights advocates that it was part of a “slippery slope” to criminalizing abortion.
Mr. Nicholson said the Harper government would move as it promised in August to enact similar legislation to the passed resolution. He repeated earlier Conservative pledges that this was not an effort to attack the right to abort."
Ok, apart from the cheering on the convention floor that would indicate this is, indeed, an effort to attack the right to abortion, what was that previous "similar legislation" for, Rob?
Ken Epp, author of C-484, via We Move To Canada :
"Because we want to recognize the humanity of that unborn child. Whether that child was killed three months before birth or three months after birth, it was still a child, there was still a loss of life. The other side might wish to deny the humanity of that unborn child, but we want the law to recognize it."
Alrighty then. As JJ says : Bring it.
Posted by Alison at 12:57 am
Email ThisBlogThis!Share to TwitterShare to FacebookShare to Pinterest
Labels: abortion, Bill C-484, Epp, Feminism